Where did Prem go during the riot to save himself?

Answer
Explanation
Communal riots struck in the Prem’s village. To save himself he ran far away and arrived Pabupatti. 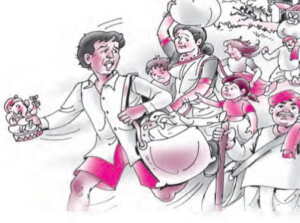 Which idol did Prem carry before running away from his village?

The old man told a story to Prem so that Prem can change the mind of peoples living in his village. Around whom the story involved?

Who was the leader of reptiles in Pambupatti?

Who was first told to leave the forest?

What happened when tortoises left the forest?

Answer
Explanation
Tortoises eat remains of fruits and decaying dead bodies. When they left the forest there was none to eat these remains. As a result foul smell started emerging.

How much time was given to tortoises to leave the forest?

Makara tried to convince the reptiles regaing oust of replies by saying that:

After tortoises Makara oust whom?

This time what was the Makara’s word to vouch oust of snakes?

Whose number increased when snakes left the forest? 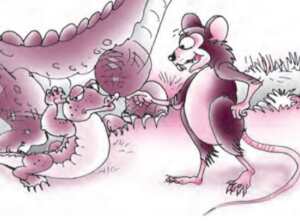 Who was the last to be expaled from the forest by Makara?

What Makara told other crocs in support of oust of lizards?

In Pambupatti whose number did not increase due to oust of retiles?

How life of Pambupatti came on track after such imbalances?

What the story of reptiles teaches us?

A Pact With The Sun MCQ

A Pact With The Sun MCQ/Obj