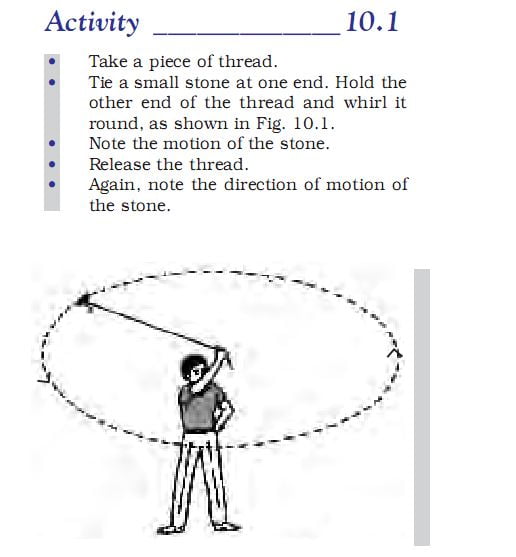 Activity 10.1 asks us to observe the motion of the stone after releasing the thread.

Stone takes a tangential movement and drops to the bottom after some distance.

Stone tied with the string is in a uniform circular motion but the direction of its velocity changes with time.

Once we release the thread, the stone moves tangentially. 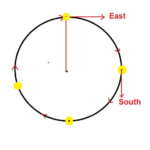 This tangential motion is not permanent and after some distance, it drops to the ground.

Why the stone drop to the ground?

Once the string is released, the gravitation force comes into attraction. This force attracts the stone with force equal to F = ma (where a is the acceleration due to gravity). The direction of this force is towards the center of the earth. So, now the stone has two motion one is tangential to the string and another is the accelerating motion towards the ground. Together these motion make a parabolic path and the stone finally drops to the ground.

Scroll back to top