Princess September Summary in English It So Happened Chapter 5

Princess September is a lovely and inspirational folk story from the past. It teaches us not to imprison any living organism as they too love freedom. The story can be briefly summarized below:

In old times in Siam ( Thailand) there was a king with nine daughters and a queen. He kept his daughter’s names on the name of the month to avoid remembering many names. The ninth was the youngest, which he called Princess September. 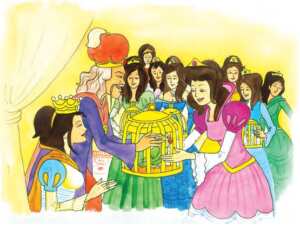 Princess September and her Parrot

The king used to give a gift to his daughter every year on his birthday. One year, the kind had no gift to give. He gave one parrot to him, every daughter.

Each of his daughters was very happy. They taught the parrot to say “save the kings from the enemy” and the “Pretty Polly” in 7 oriental languages. Pretty Polly is a folk song of eastern countries.

Death of the Parrot

One day in the morning, September went to tap the parrot as usual, but the parrot did not move. September became very sad and started crying. The maid of honour (Maid for a princess is a.k.a maid of honour) tried to console her but failed. The queen saw this s unreasonable and stopped the supper for that night.

Princess September was still crying, though with anger. There, a little bird came. She sang a beautiful song about the lake in the king’s garden, where golden fish swam through the shadows of tree branches. September forgot her sorrow and replied to the bird, “that was a nice song.” 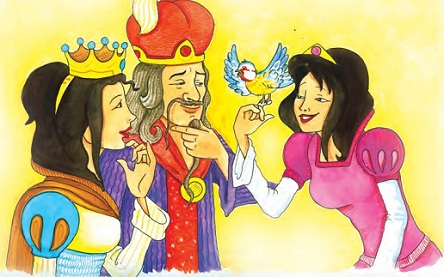 Jealousy of the eight princess

September slept day to night with ease. The bird was there again in the morning. September took him to her eight sisters. The bird sang different songs to each of them. Then, the princess brought him to the king. The king was amazed by the bird and told this bird sings better than the parrots. The queen said that she knew to stop the supper was good. This bird is better than the parrots who sing only “save the king from the enemy” and “Pretty Polly.”  A week passed,  princess September was happy, but all her eight sisters were now feeling jealous.

Caging of the little bird

One day little bird was gone to meet his father in law, all her eight sisters came and advised September that the bird will not go if he comes to put him in prison.

September was anxious about the hawkers and snares. The bird came in the night with silence and tweeted near her ear and told the reason for being late. The process told him that Mamma’s cat is prowling here. I am putting you in prison to safeguard you.

The bird said its ok if you let me free in the morning. Princess asked him to sing a song. The bird started singing but stopped in the middle.

In the morning the bird started tweeting “let me go, let me go”. September woke up and told you are better with the cage; wherever you want to go, I will bring you there. The bird now started struggling with the cage bars and stopped singing.

Princess September went to the eight sisters. They all said to keep on doing the same until the bird forgets the freedom. The situation became fierce, and the bird did not eat any fruit. 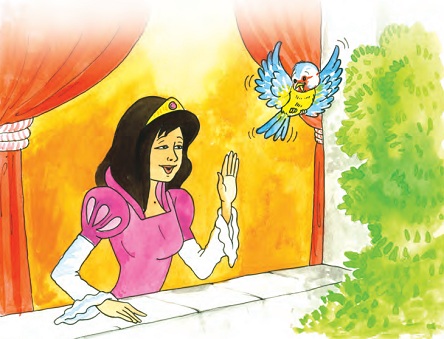 September wok up and went to the cage as usual and saw the bird lying like dead inside the cage. She became said and started sobbing. She took him out. The bird was still alive. The little bird told I can not sing without being free, and if i do not sing, I will die. The princess got his senses and set him free.

The bird kept on coming every day and September kept her window open throughout the day. As a result, September became very beautiful, while her sisters became ugly. September married a king of Africa and went on a big white elephant, while her eight sisters married their councillors and went with a cat and a ton of tea only.

Moral of the story

The story teaches us to be fair with the other living organisms. This story tells us that other animals also like their freedom and can’t live without it.

Princess September Summary in English It So Happened Chapter 5

1 thought on “Princess September Summary It So Happened Chapter 5”