A pact with the Sun Summary in English Chapter 8

A pact with the sun is an interesting and useful story which emphasizes on the importance of open room and sunlight on health. Read the summary below

Sayeeda’s mother was very ill, she had been complaining of cough for a long time, which was not healing. People and relatives advised to show it to a good knowledgeable person. 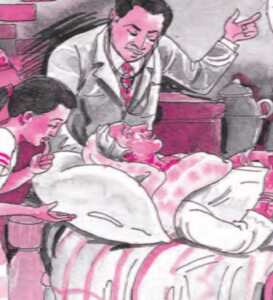 Sayeda’s mother sold her remaining ornaments for doctors and medicines. The doctor came and wrote him expensive medicines and also said that he needs more open-air and sunlight than medicines. You have to sit in the sun for one hour every day.

Some people were in favour of the doctor, while some were saying that health would worsen even in the sun and cold dominance. Sayeeda’s mother made up her mind that she would definitely sit in the smoke.

The game of time was upside down, clouds surrounded the sun’s rays, and no ray of light was coming to Sayeeda’s house.

The arrival of sun rays 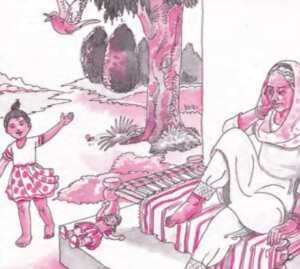 The sun agreed and instructed the rays that thick and dirty clouds are standing in the way, save their clothes and walk. All the rays were happy. All of them stood firm against the army of thick clouds, and the clouds came to their end and the courtyard of Sayeeda came. Sayida saw that the rays of Surja have arrived. Everyone was surprised and Sayeeda’s mother’s bed was placed in the courtyard.

Sayeeda’s mother’s withering yellow face began to glow in the sunlight and the open air and she soon recovered. Since then she sits for one hour in the sun every day.

A pact with the Sun

What Happened to the Reptiles

A pact with the Sun Summary in English Chapter 8